About Our Managing Director 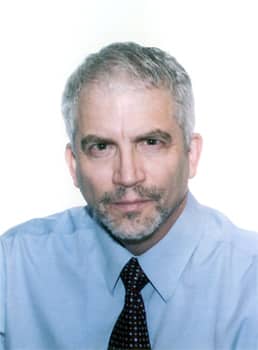 Unlike many scientifically-trained individuals, though, Michael’s activities in the entertainment industry as a session musician, record producer, and talent manager have honed both his right brain as well as left brain attributes. As such, he is able to make the most technical material accessible to the layperson.

Responsible for a national sales territory before he was 25, with no mentor and little back office, Michael honed his sales skills with substantial time on the road. Soon, he was also creating brochures and media ads, knowing that marketing is only about one thing:  increasing sales.

Taking to the Internet early, Michael launched his first company website in 1995, with several others to follow. Soon, it became clear to him that content is king, and is the best single way to drive traffic.

As a founder and executive vice president and director of marketing for Interscan Corporation, a Los Angeles-based manufacturer of toxic gas detection instrumentation and related software, he has seen sensible regulatory activity morph into burdensome, excessive, and punitive extremism. If this weren’t bad enough, most regulatory excesses are blindly supported by a sycophantic media. Thus, he has been working with key trade associations as the affected groups fight back.

Keenly interested in all aspects of wellness and health care, including rational approaches to so-called environmental hazards, as well as complementary medicine (combining the best of alternative, allopathic, and natural hygiene), Michael has a unique way of separating the wheat from the chaff—and there seems to be a whole lot of chaff out there these days.

Now based in the Washington DC metro area and never shy to offer his opinion, Michael has developed an international reputation as a much sought after straight-talking, scientifically-grounded commentator.

Whatever your project might be, Michael will take personal care that the results will exceed your expectations.